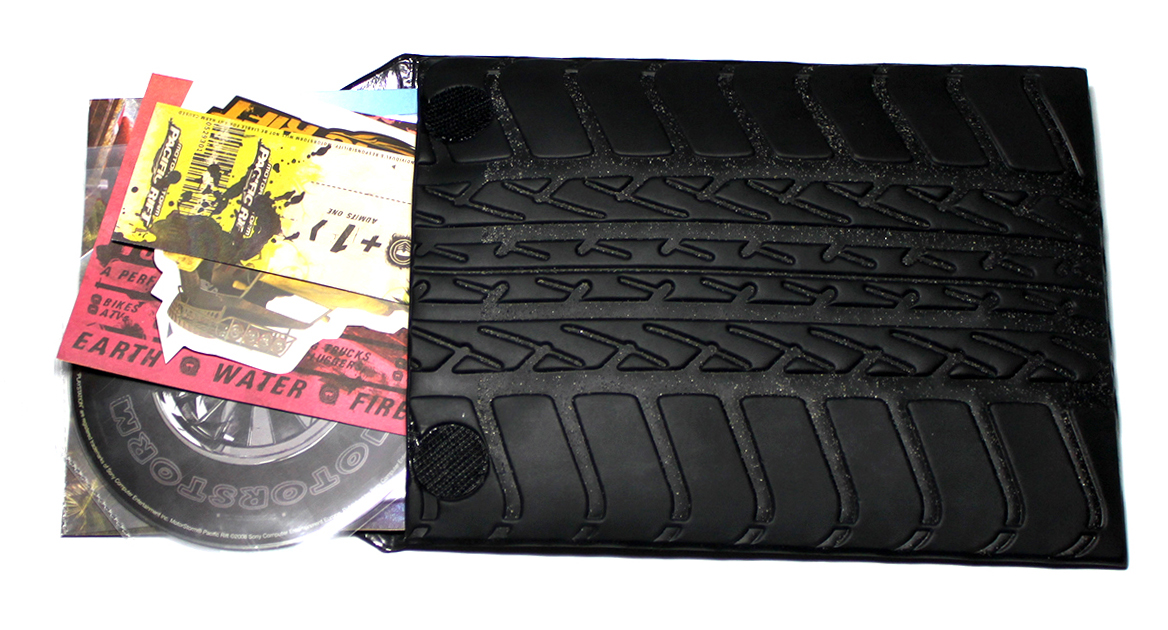 Tim Smith is a graphic designer and illustrator from Wales, though his creative talents don’t end there; Tim has worked on everything from logo design to branding and packaging to websites and apps to public installations and even computer games. 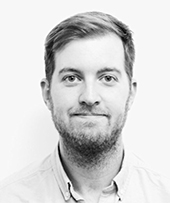 Tim not only designs, but he also lectures, talks and writes about design, having recently co-written an eBook on design for in-car interactions.

Though his skill set and experience spans a huge variety of different areas of design, some of his favorite projects are still computer games press kits, many of which can be seen on this site – Tim is responsible for many of our own favorite press kits.

WE: How did you get an opportunity to design a press kit?

Tim: It started when I got my first job out of university. The agency I worked for were often invited to pitch for Sony PlayStation press kit projects. The pitch would usually involve us and two other agencies being briefed, set budgets and deadlines etc, play with early versions of the game, then present back to Sony a couple weeks later with ideas, designed mockups and the usual costings etc.

I remember one of my first ever live projects was the Warhawk journal, my idea won the pitch, so my agency let me handle the whole project. It was an incredible first experience. 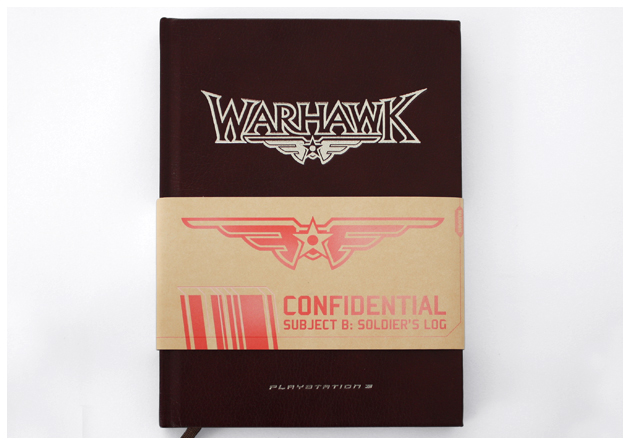 WE: Who decides about the contents and design of the press kit? Do you receive specific instructions from the customer or everything depends on your creativity?

Tim: Well we usually have to include two discs; an asset disc (filled with images, videos, renders etc for journalists to create rich articles about the game from) and the game disc itself. After that it’s really up to us. We consider the budget of course, but we like to add things that really help convey the concept of the kit and also nice little trinkets we think fans will get really excited about. Coming up with those ideas is one of the most exciting parts of a project.

WE: What were the main processes of creating the MotorStorm Pacific Rift press kit?

Tim: The MotorStorm Pacific Rift press kit was a very challenging and ambitious one, and for that reason – very exciting. I had the idea early on, which I sketched out as I usually do during a day of intense brainstorming and research.

We all thought it wouldn’t be feasible, both from a production perspective and budgetary. I spoke to a number of manufacturers and we found one that could create an imitation tyre tread much as we envisioned from a plastic like material. What was really exciting though was that we came up with an all new production technique that allowed us to actually embed sand into the material as we vacuum formed (a production method that melts plastic over a mould to give it it’s desired shape) it into shape.

We also used a glueing technique to attach extra sand afterwards for even grittier look. After that the content were pretty simple and standard, though we did have to hand pack each an everyone of the 3,500 kits ourselves! 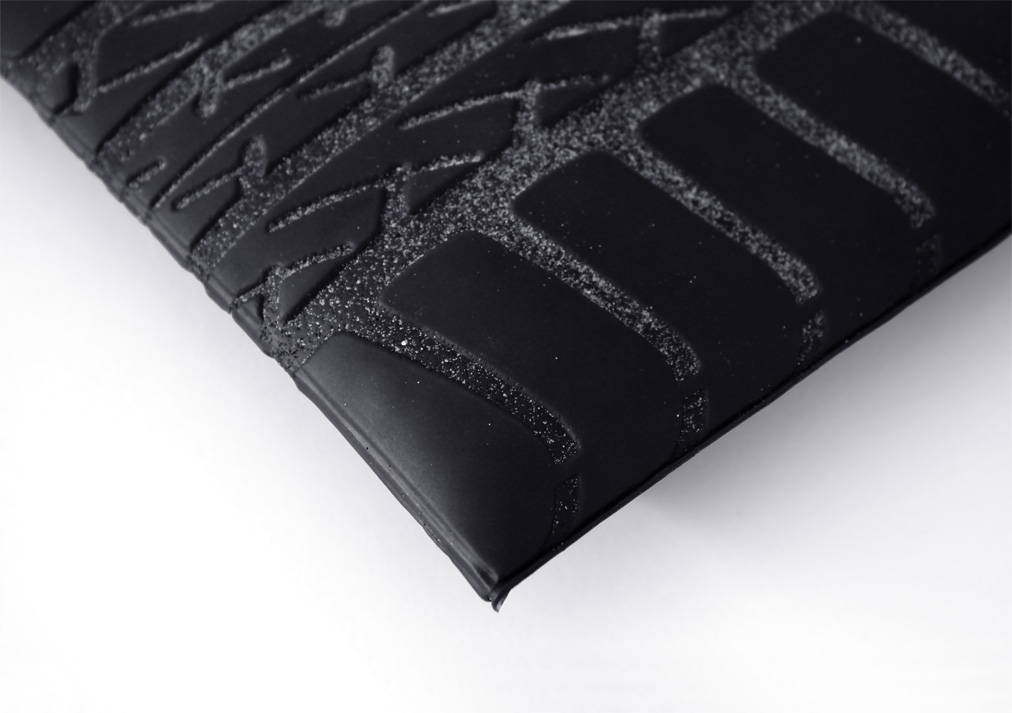 WE: How much time did it take to create that press kit?

Tim: From briefing to shipping out all of the kits to the various territories the MotorStorm Pacific Rift press kit took three calendar months, though I was working on other projects at the time too.

WE: In your opinion, what is the most exciting part of making a press kit?

Tim: For me there are two main points of excitement when creating a press kit. The first is the initial brainstorm phase when your imagination goes wild and you come up with all sorts of amazing ideas as to what the actual kit will be, what form it takes on and what contents it will include. Then having that idea chosen and winning the pitch is incredibly exciting.

The second would be seeing the finished kit for the first time and finding that others are enjoying it, especially the fans. We see all sorts of unboxing videos, images, forum posts, Tweets, blogs – all talking with the same excitement as we have when making the kits.

WE: What’s the hardest part when it comes to press kit creation?

Tim: The hardest part of creating a press kit is also probably the most exciting part as covered in my last answer. While coming up with ideas can be fun, sometimes it can be incredibly hard.

For example, the EyePet press kit I designed. The concept came very early on; a pet carrier, but I knew that this was very obvious and something that I knew the other agencies we were pitching against would come up with. I spent days thinking of so many other ideas, but none were as perfect as the pet carrier concept I started with. So I decided that instead of going with a whole new idea, I’d try and make my pet carrier kit idea better than the rest. What I did was quite simple – introduced a pop-up EyePet that blew a raspberry at you as you opened the kit. It was enough to win the pitch and became an incredibly good kit, one of my favorites. 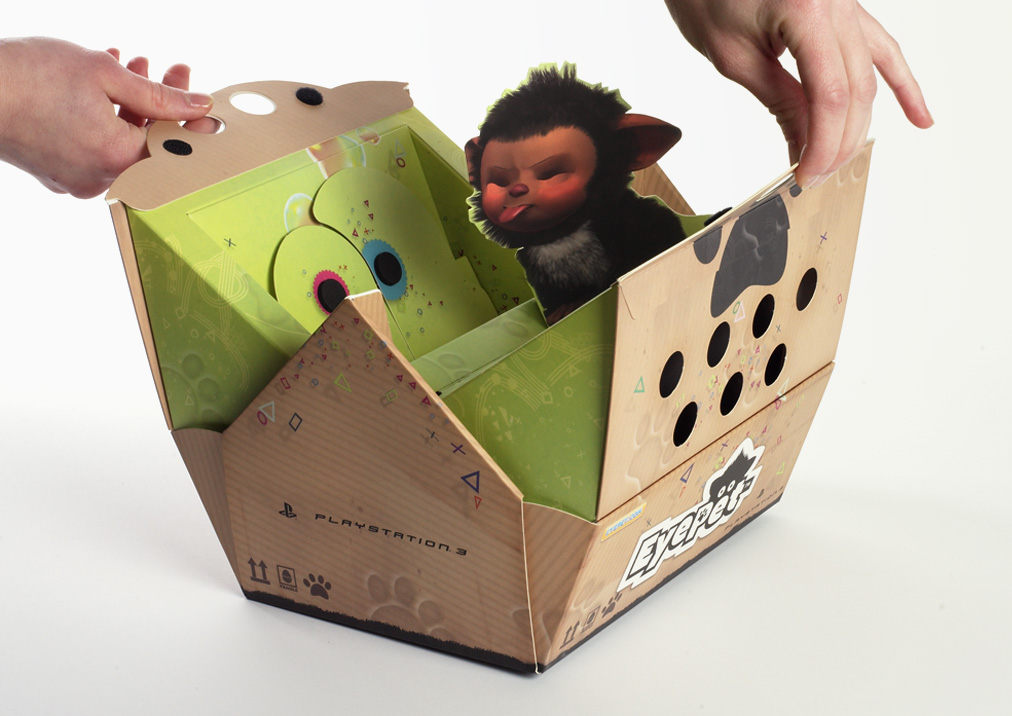 Check out more awesome images of this press kit at Tim’s website!

WE: What do you think makes a good press kit?

Tim: A good press kit encapsulates the core aspects and image of a game and should communicate all the great features of the game. It should be special and be something that people want and get excited by.

One thing I’ve always tried to do with each kit is insert some sort of narrative that unfolds as you open the kit. This mechanic really adds a sense of care and joy to the kit, not just as an object but as a piece of interactive design.

WE: Which project do you consider the most memorable?

Tim: I would say the SOCOM Special Forces press kit is probably the most memorable as it had so many constraints. I had very little time and, as the franchise was suffering, very little budget to play with. Delivery of the kits is always factored into the budget, so I game up with a very flat design, which was light and small so very cheap to post, which could then be inflated at the recipient end.

It won some awards and had quite a lot of press. I was very pleased with the concept, the design, the contents and the solutions I came up with to some very taxing problems. I’m very fond of that kit.

And yes it actually does float in water! 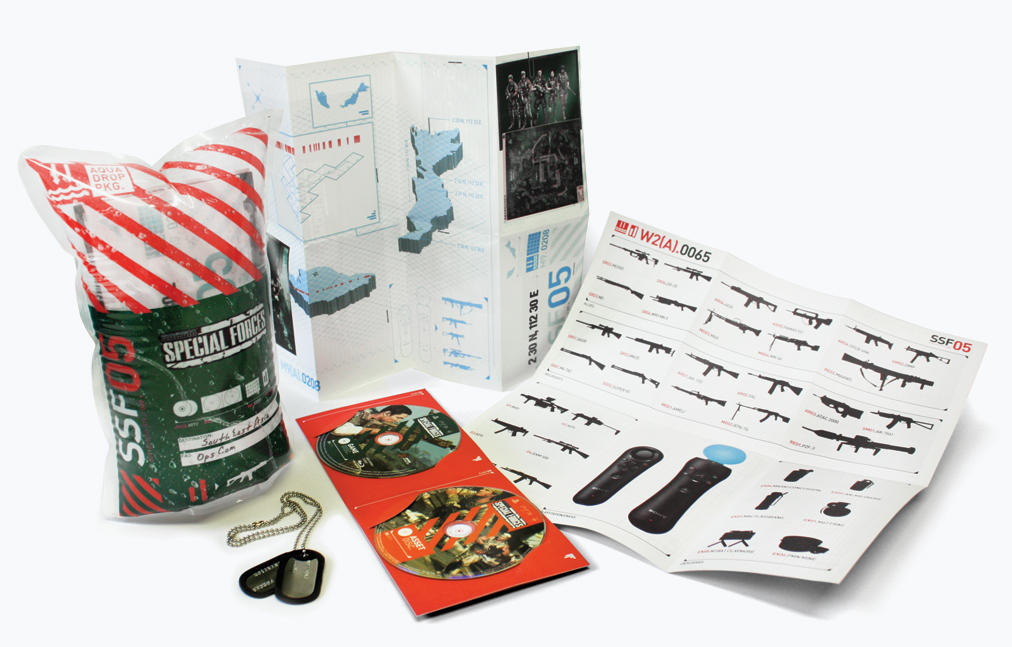 WE: Which game’s press kit creation would you consider a dream project?

Tim: Hmm, good question. If only I was in the business when GoldenEye came out. I love that game. Imagine a James Bond themed press kit for that game?! That’d be incredible. Or a Zelda press kit. Imagine what you could do with that? The kit could be treasure chest, or a stone that opens along a crack, with embossed Triforce emblem. It’d contain maps and clues and Rupees and secret drawers – so much awesome stuff!

Though I’m not sure Nintendo actually do press kits? Do they?

WE: Can you share with us a few details about future projects?

If you enjoyed our interview with Tim, please recommend the article to your friends! Check out his other awesome creations at mypoorbrain.com.

Which press kit would you like to see the most in your collection?