Thematic online slots aren’t quite new. They have been around for several years now. Although it has to be said that new and more exciting games are being developed on a regular basis. Developers keep surprising us pleasantly with the titles that they introduce. Many casinos often offer free spin bonuses in order to promote a newly released slot game. There’s nothing better than winning free spins on a novelty slot game. If you like to keep track of the casinos that offer free spin bonuses, check out FreeSpinsTracker.com. 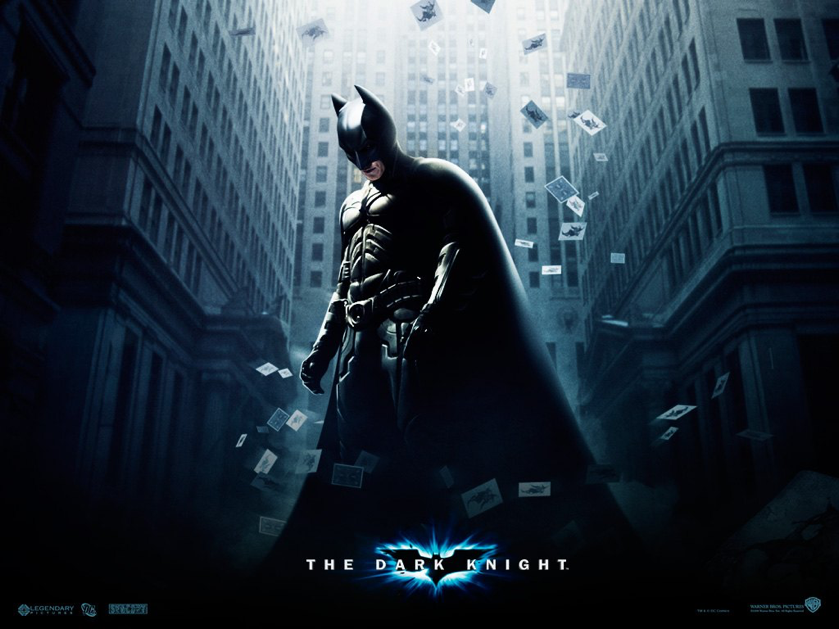 There’s a reason why comic superhero based slots are so popular. Firstly, this theme has proved to be very successful in the cinematographic industry. And if you can base a film on a comic superhero, why not a slot game?! There’s a certain element of thrill and even a bit of danger when one is playing online slots, and isn’t that what superheroes are all about?! This is a review of one of the most popular comic superhero themed slots – The Dark Knight. The game is based on the 2008 film of the same name that featured Christian Bale as Batman. Many critics and fans feel that this is the best Batman film ever made and that Bale is the best Batman.

The Dark Knight Slot game was developed by Microgaming, one of the leading developers of online gaming products. Due to its popularity the game was quickly optimised for mobile devices. This game truly sets the standards for other similarly themed slots that may come in the future. Microgaming really did their best hear. The game features astonishing graphics, animations and sounds, you can almost feel as you’re part of the story. When it comes to symbols, there are standard card symbols, but they have been designed and decorated in a way that fits the theme perfectly. In addition, there are symbols which represent characters from the film – Rachel, Gordon, Dent, The Joker, Bruce and of course, Batman. The logo of the film is a wild symbol, whereas the symbol that incorporates the Batman logo and the face of the Joker is the scatter. 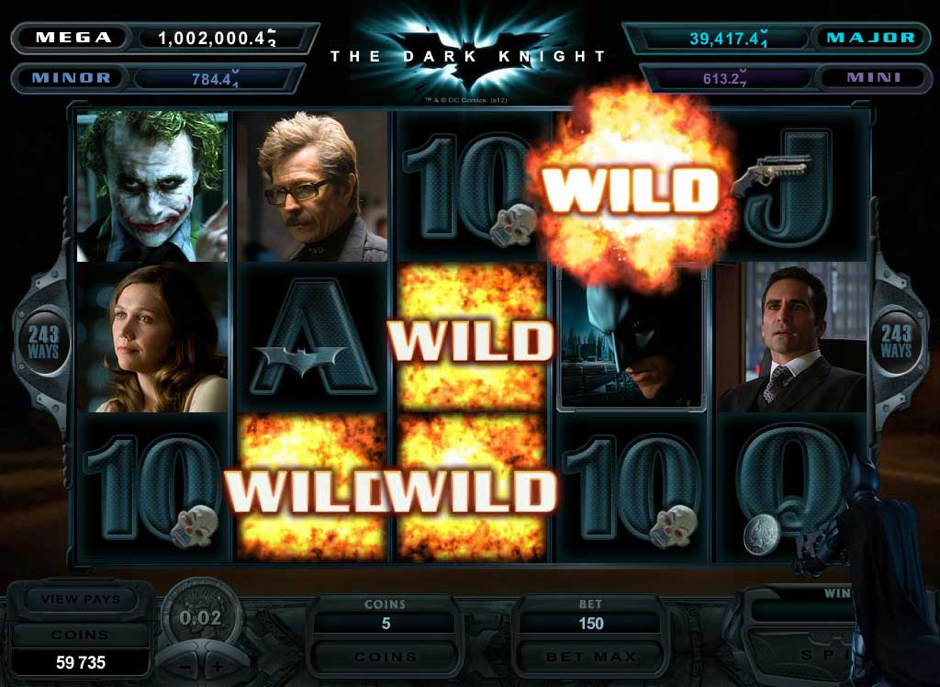 Whenever you win a combination that involves some of the character symbols, a short clip from the original film is presented. The game has 243 pay-lines and 5 reels. You can wager as little as 1 coin and not more than 10 coins. The reason why players love this progressive slot game the most is the fact that it features not one, but 4 progressive jackpots – Mini, Minor, Major and Mega. One of the progressive jackpots can be won as soon as the progressive bonus round is prompted, You then get to choose who’s side will you stand on, Batman’s or The Joker’s and once you do the wheel will spin. Each jackpot has a different staring prize. Mini starts at $10, Minor at $100, Major at $10,000, whereas the Mega jackpot starts at a staggering amount of $1 million, but it has reached amounts higher than $7 million. All in all, it is an exciting slot game with huge winning opportunities.