Right now, The Order: 1886 is easily one of the most anticipated PlayStation 4 games. Fortunately, we don’t have to wait much longer, since Ready at Dawn’s title will release on February, 2015. The other good news is for the collectors: The Order: 1886 will be available in several special editions, both in North America and Europe. In the latest post, we show each of them to you, so you can decide which ones will expand your collection.

European gamers will receive the collector’s edition in a quite big and stylish casing for £79. After you open it, you can find the regular boxed version of the game, and various other bonuses as well. Firstly, the european collector’s edition features a replica pendant of the backwater vial, which is worn by the Knights in the game. It looks nice, and besides that, the box also contains two woven coat of arms patches, various stickers, behind-the-scenes footage and a few good looking artwork postcards. Those who pre-order the collector’s edition will also get an extra DLC called Knight’s Arsenal, as well as the official soundtrack of The Order: 1886. 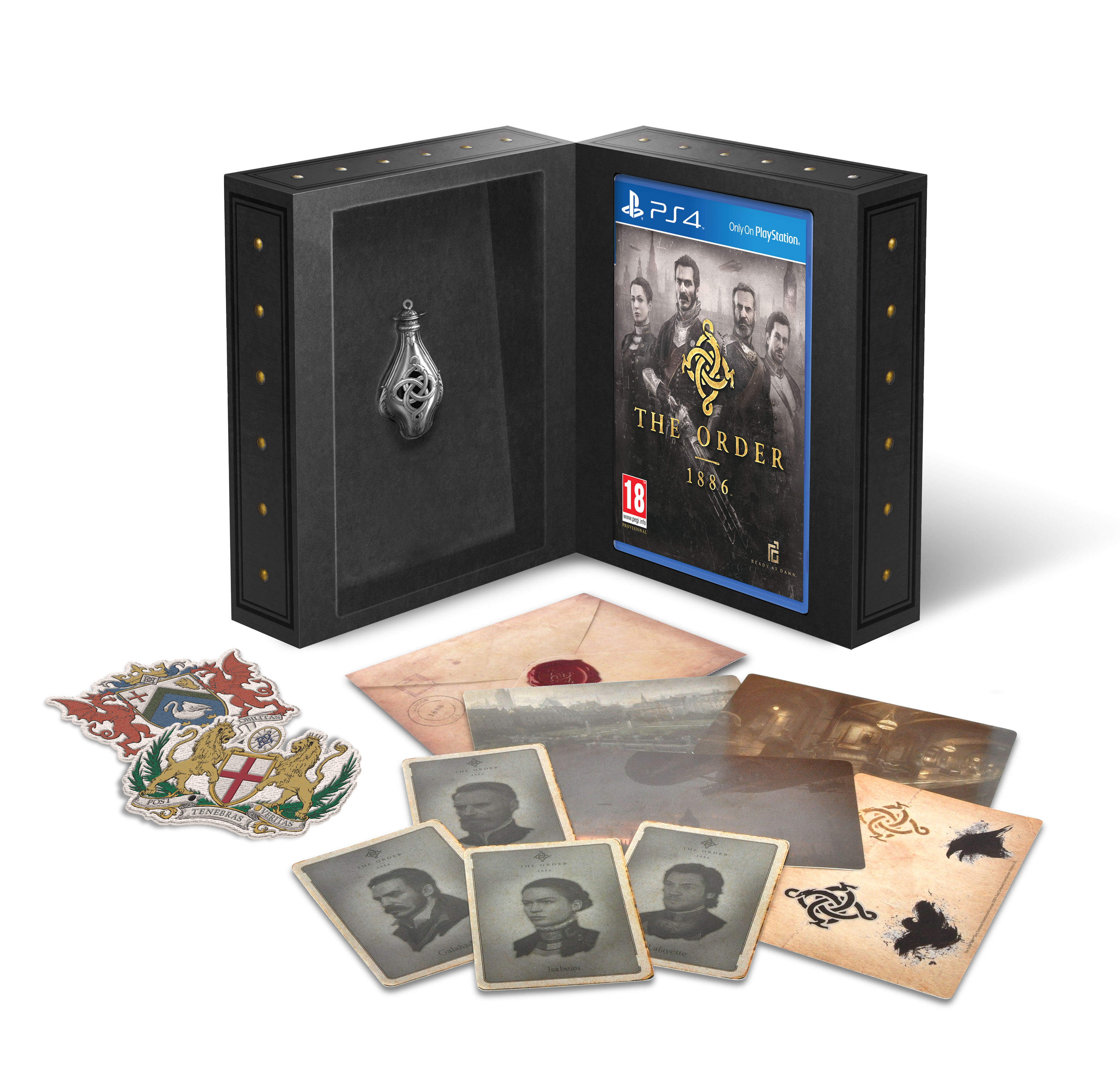 Steelbook fans can also rejoice: for £54.99, they can get the Limited Edition, which will come in a nice steelbook case. Although it doesn’t have as many extra contents as the Collector’s Edition, this version looks really great thanks to its minimalist design. Future owners of this edition are going to get the Knight’s Arsenal DLC, the official soundtrack of the game with bonus tracks, and a brand new behind-the-scenes footage. 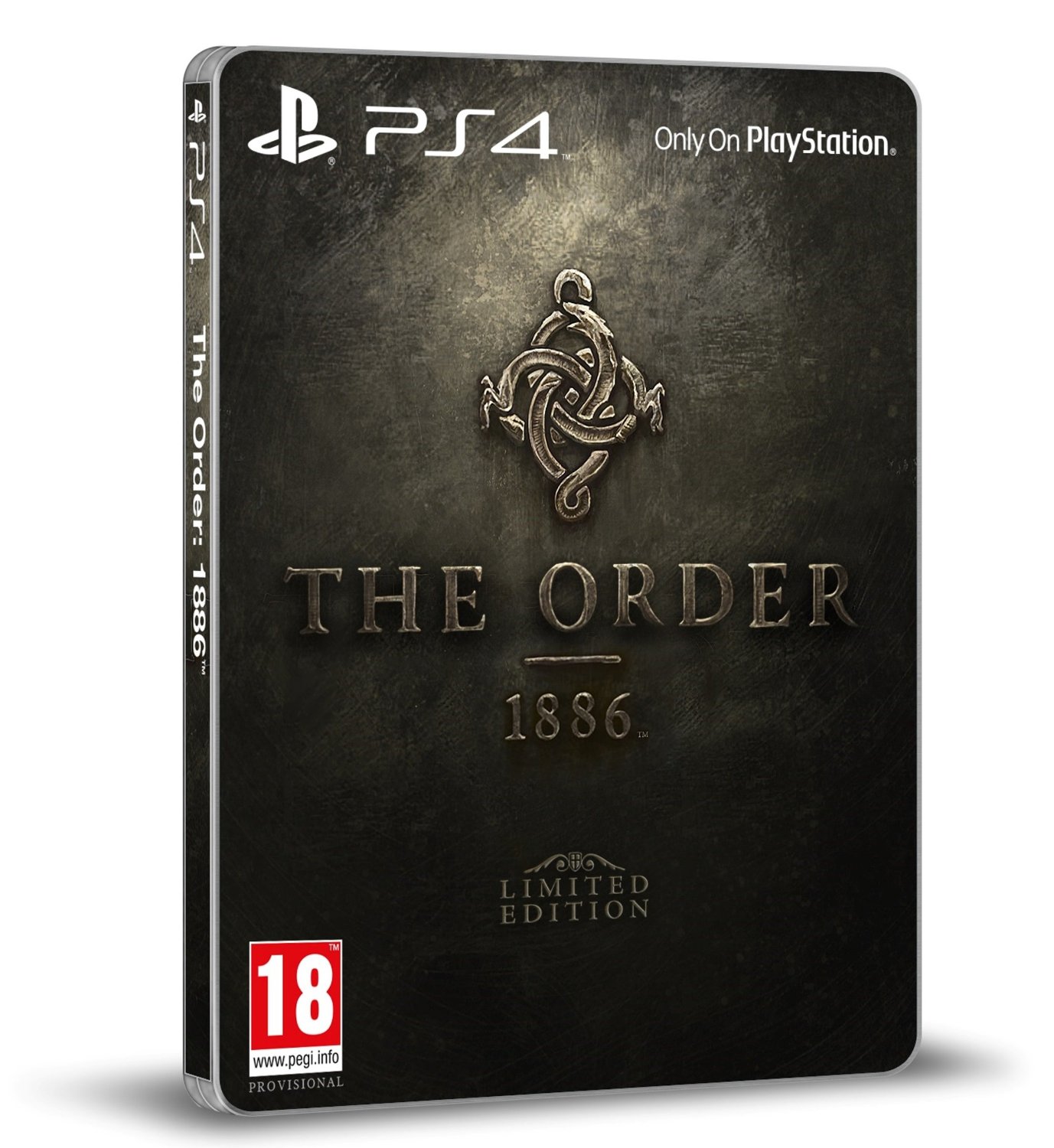 The Order: 1886 Collector’s Edition – US version

Do you like statues? Then the North American Collector’s Edition is definitely for you! It will come in a huge package, and for a good reason: this version includes a 7-inch tall statue, which depicts the main protagonist, Galahad, as he hides behind a cover. American collectors will receive an unreleased behind the scenes footage, as well as the official soundtrack and the Knight’s Arsenal bonus DLC. The collector’s edition also includes a unique steelbook with the full game, and several stickers. The whole package costs $79.99.

The Order: 1886 US Collector’s Edition contents

Finally, there is the Premium Edition, which is the biggest and most expensive one of all special versions. It costs $149.99, and for that price, you get tons of extras. It contains an even more bigger, 13-inch statue, which depicts a duel between Galahad and one of the monsters of the game. The steelbook is also part of this edition, as well as the extra digital contents, the official soundtrack of the game, the stickers and the behind-the-scenes footage. However, there is something that other editions don’t have, and that is a 22 page art book with hidden compartment. 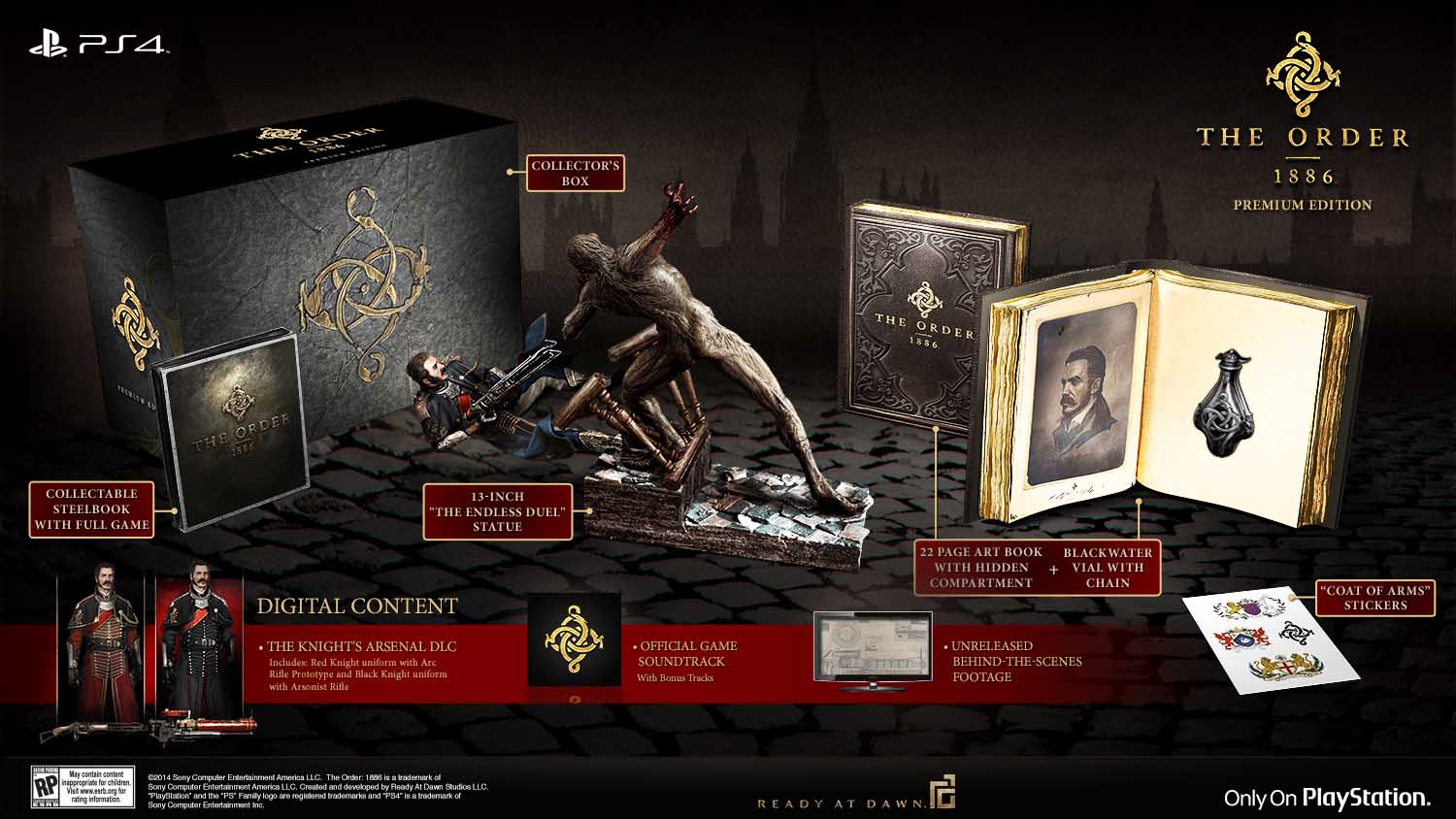 Which one will you get?