The Collector’s Guide to Bloodborne

Bloodborne is easily one of our most anticipated games of 2015, so WE were a bit sad when From Software announced that the game will only arrive in March instead of the originally planned February. Fortunately, that’s not a huge delay, and the company finally announced all of the special editions for their upcoming action-RPG, including a special steelbook as a pre-order bonus. Which one should you get? Find the answer here!

Collectors from the United States can get their hands on the Bloodborne Collector’s Edition, which comes with three extra contents: first, there is a premium steelbook game case with the well-known Bloodborne art on the cover. Besides the metal case, there is an art book with various exclusive concept arts from the game. Finally, you can find the the whole soundtrack of the game in digital form, which means you will find a code in the package that you can activate in the PlayStation Store. The US Collector’s Edition of Bloodborne costs $79.99. 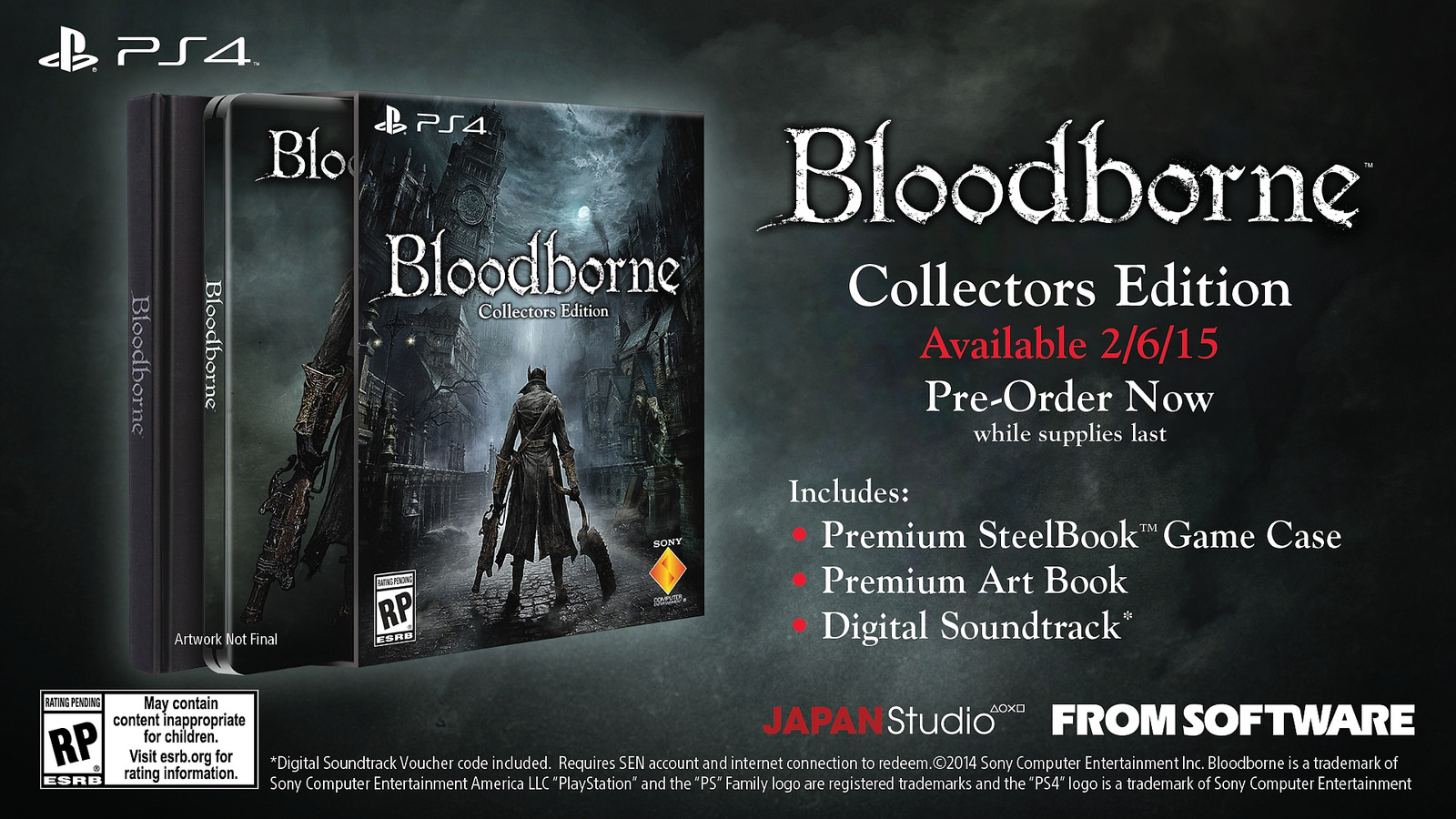 The European version of the Bloodborne Collector’s Edition is a bit different. It still has the digital soundtrack of the game, as well as the metal case and the art book. However, as you can see on the picture, the cover art is not exactly the same as the US version. It features a brighter and more unique art than the usual which you can find on every promotional image or on the US version. The recommended retail price for the European Bloodborne Collector’s Edition is €79.99. 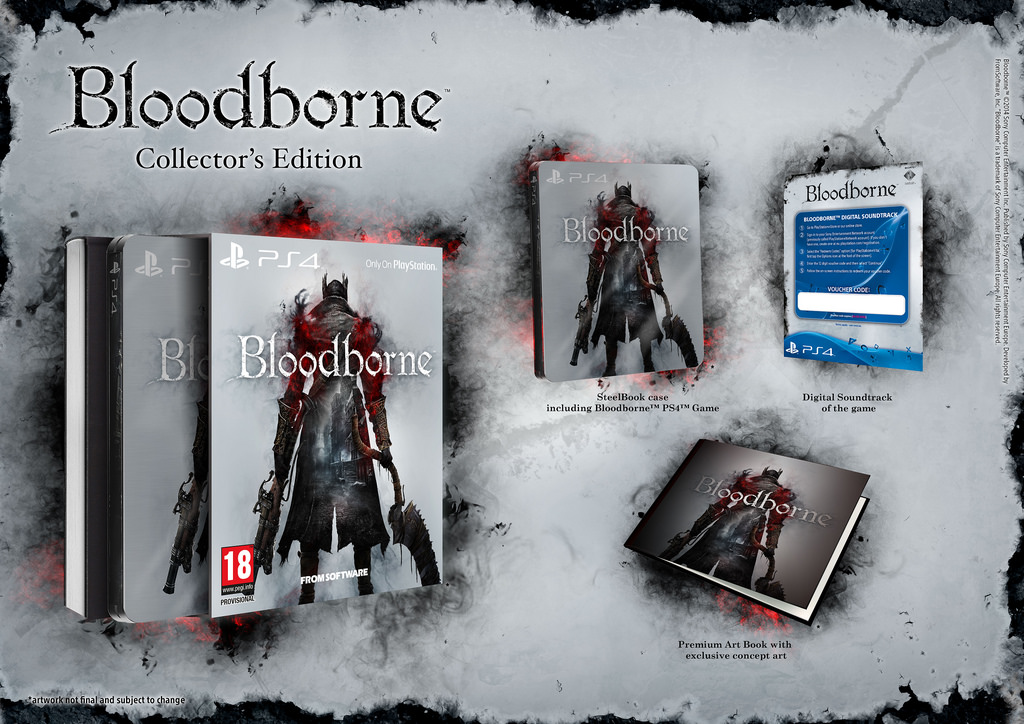 The Bloodborne Nightmare Edition is the biggest (and of course, the most expensive) version of Bloodborne, with the most extras. It has all the bonus contents from the Collector’s Edition, and in addition it also comes in a special tin which looks like a book. However, this is not all: the Nightmare Edition also features various physical extras, such as a Bloodborne gothic notebook, a quill and red ink set, and last but not least a bell trinket for €119.99. 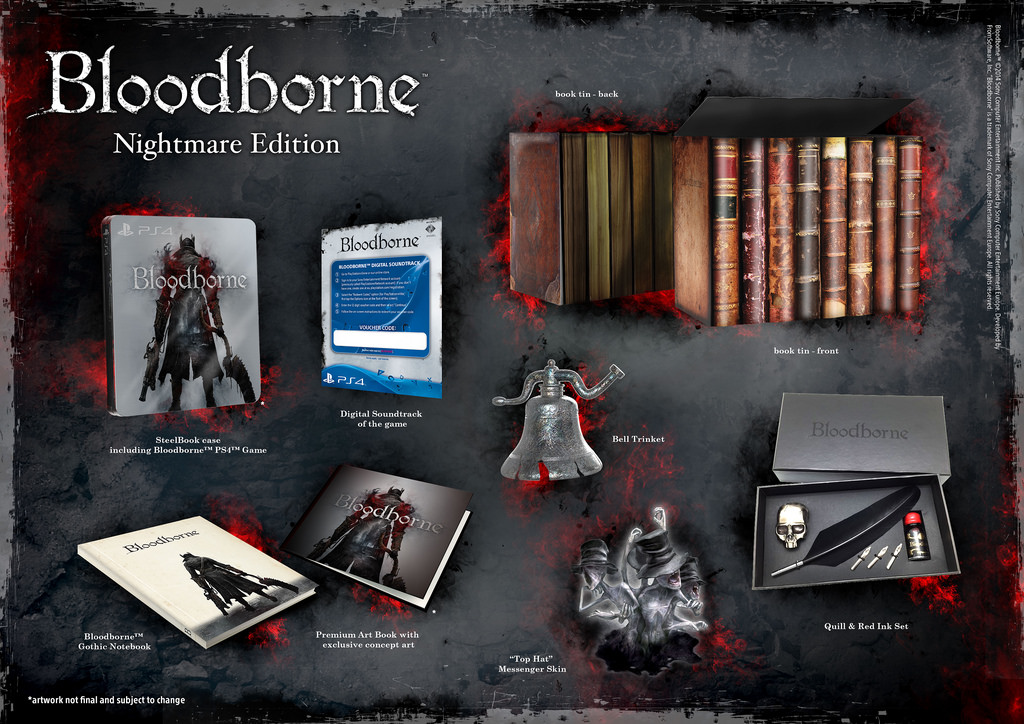 Only as a pre-order incentive, an exclusive Bloodborne steelbook will also be available for the European players. The case features a completely unique art on the front, so if you want the most special case for the game, it’s recomennded to pre-order Bloodborne from Europe as soon as possible. 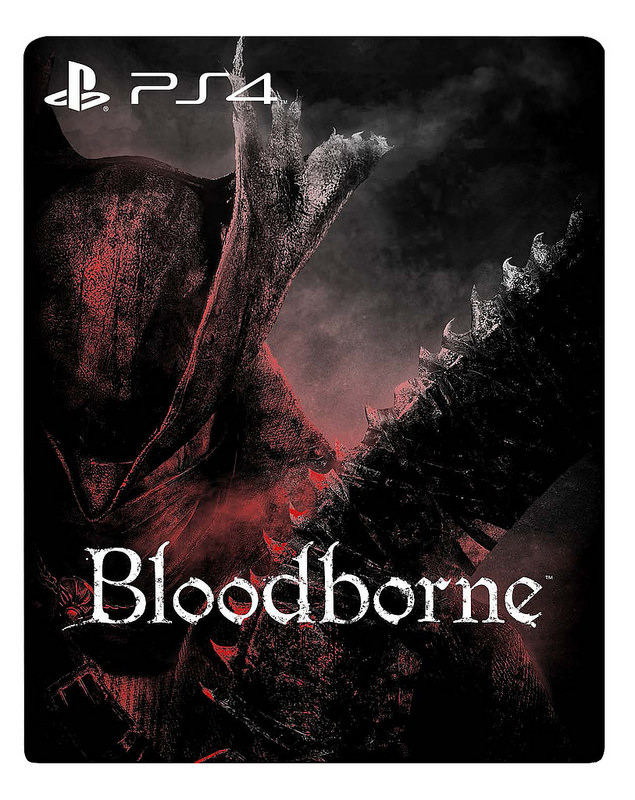 Bloodborne will make its debut on March 24, 2015 in the United States and March 25 in Europe. Which version do you plan to pre-order and why? Tell us in the comments!