Microsoft confirmed the arrival of Forza Horizon Collector’s Edition to deliver the most complete experience. Those who pre-order standard and Collector’s Edition both are receiving a Forza 4 download code for a Horizon-themed 2012 Dodge Challenger SRT8 392.

Those intending to pre-order the game have two options. One is the regular version of the game, which comes with a Forza 4 download code for a Horizon-themed 2012 Dodge Challenger SRT8 392. Regular and Collector’s Edition pre-orders will include the following four Forza Horizon cars as well:

Forza Horizon is coming exclusively for Xbox 360 on 26th October 2012 to Europe. 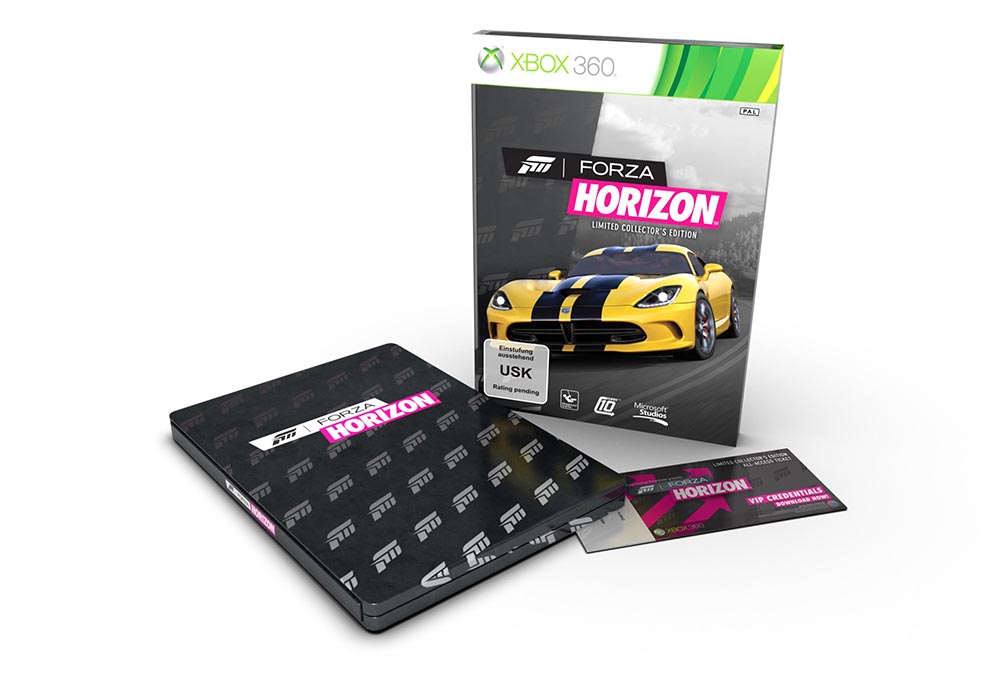