Though the PlayStation 4 is not even one year old yet, the next generation console has been a great success for Sony from the beginning. It’s not surprising that the company are riding the wave of success and making various limited editions of the system – they already showed a lot of unique versions in the last few months. And not just them: there are dozens of creative minded gamers and 3rd party companies out there who didn’t hesitate to customize the console. In fact, some of them turned out to be so good that we didn’t want to ignore them, so we also included the custom made PlayStation 4s beside the official ones. However, we have to warn you: after you see these versions, your regular black PS4 will probably won’t look as exciting as before. 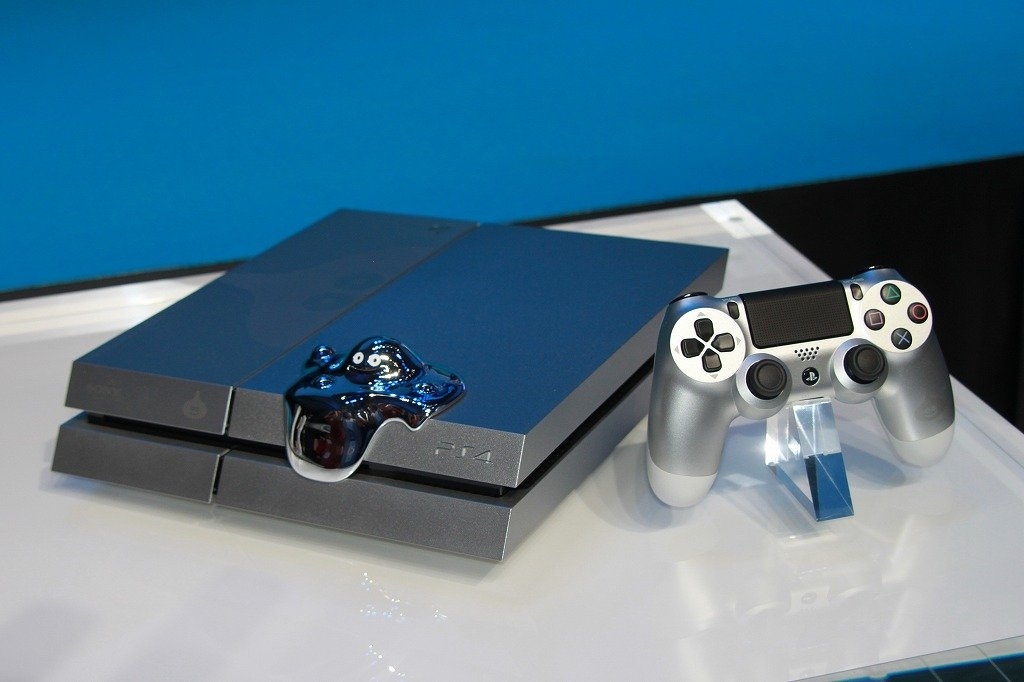 A few weeks before Tokyo Game Show 2014 started, Sony held a press conference in Tokyo, where they reveled Dragon Quest Heroes, a brand new hack’n’slash title set in the universe of Dragon Quest. They not only showed the game itself, but a limited edition DQ PlayStation 4 as well, which is probably the most divisive one of the lineup. Currently it’s the only official PS4 which is silver, but this is not the most interesting thing about it. As you can see in the picture, it also has a little slime blob (a creature from the universe), and this makes this console quite spectacular to say the least. This edition will make its debut in Japan in 2015, but it’s unclear if it will ever reach Europe or the United States. 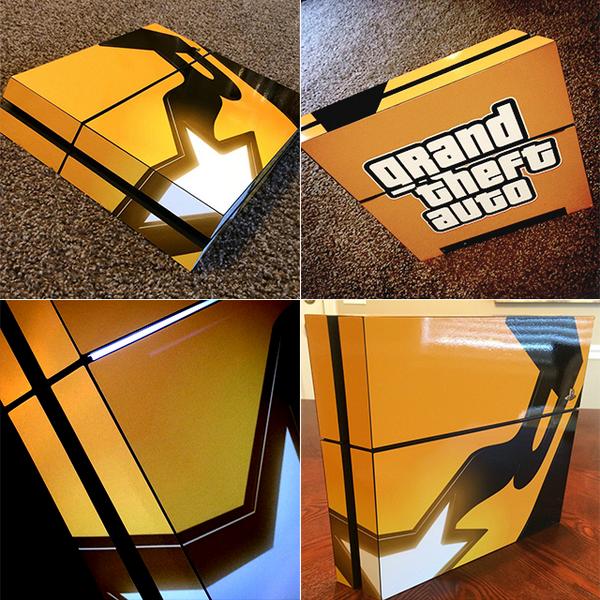 A lot of Grand Theft Auto fans can’t wait to get their hands on the PS4 version of GTA V, which will be released on November 18. One of them, nicknamed “djnatas” kept himself busy until the release and made this beautiful PlayStation 4. The mainly yellow, custom system has a huge Rockstar Games logo on one side, and the well-known GTA logo on the other. The maker did such a good job with the console that it even caught Rockstar’s attention, and they shared it on their official website. 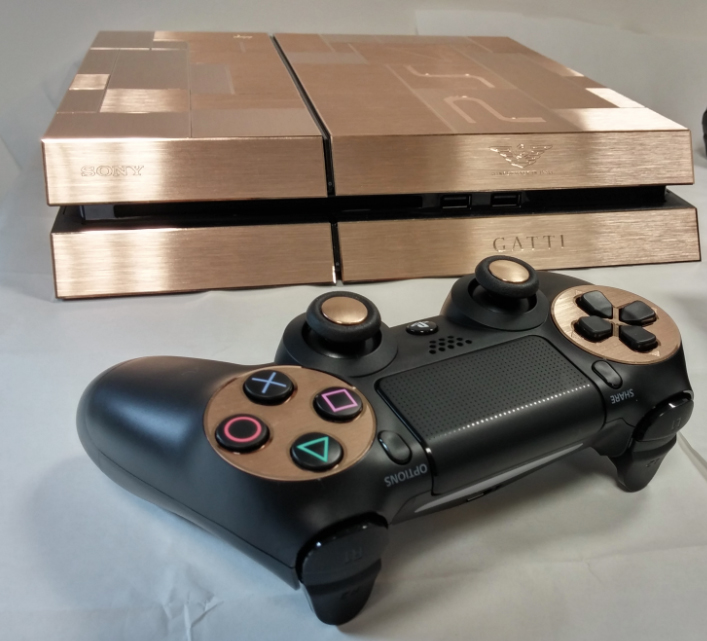 When it comes to Dubai, it’s not surprising that almost every electronic device has its own unique, ridiculously expensive version. Spoiler alert: the PlayStation 4 is not an exception. One of the most famous electronics retailers in Dubai, Jumbo Electronics offers a pricier alternative for those who want a really exclusive system in their home. The PS4 on the picture is made by the Italian jeweler Gatti. The company used nothing but gold for the case of the system, so this is literally the best options for gamers who love extreme luxury. This, of course, means that the console comes with a great price: if you want to buy this shiny console under your television, you would have to pay more than 13,000 dollars. Crazy, right? 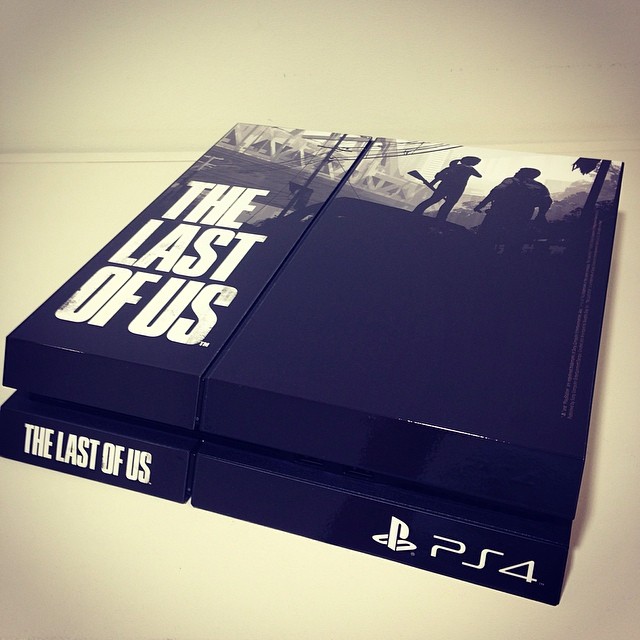 Naughty Dog’s latest title, The Last of Us became many gamers’ favorite on PlayStation 3, and in less than one year, the game also came out on PS4 with updated visuals and other extras. Fans all around the world would really appreciate if they had this The Last of Us themed PlayStation 4, which unfortunately never reached the shelves of the retailers. The top of the console features a really cool artwork, while on the front you can see the logo of the game. 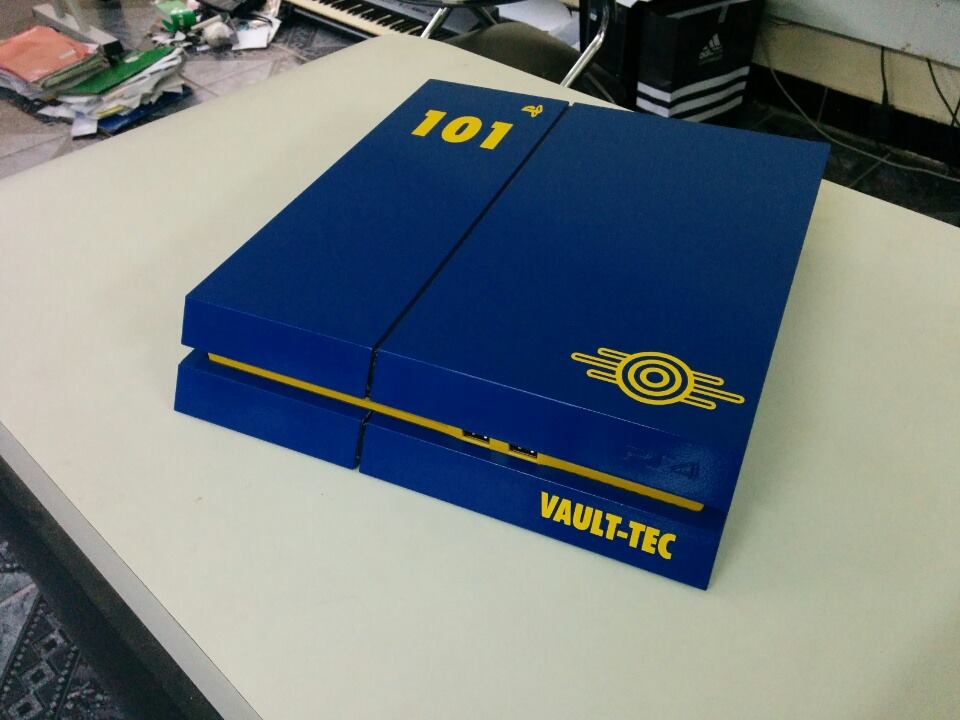 Talented modder Jriquelme made this custom PS4, which was inspired by the Fallout series. It has the colors of Vault-Tec, the well-known corporation from the game. Every single part of the system, including the vents are beautifully hand-painted in blue or yellow. If the PlayStation 4 existed in the Fallout universe, this one would be a favorite for a lot of people. 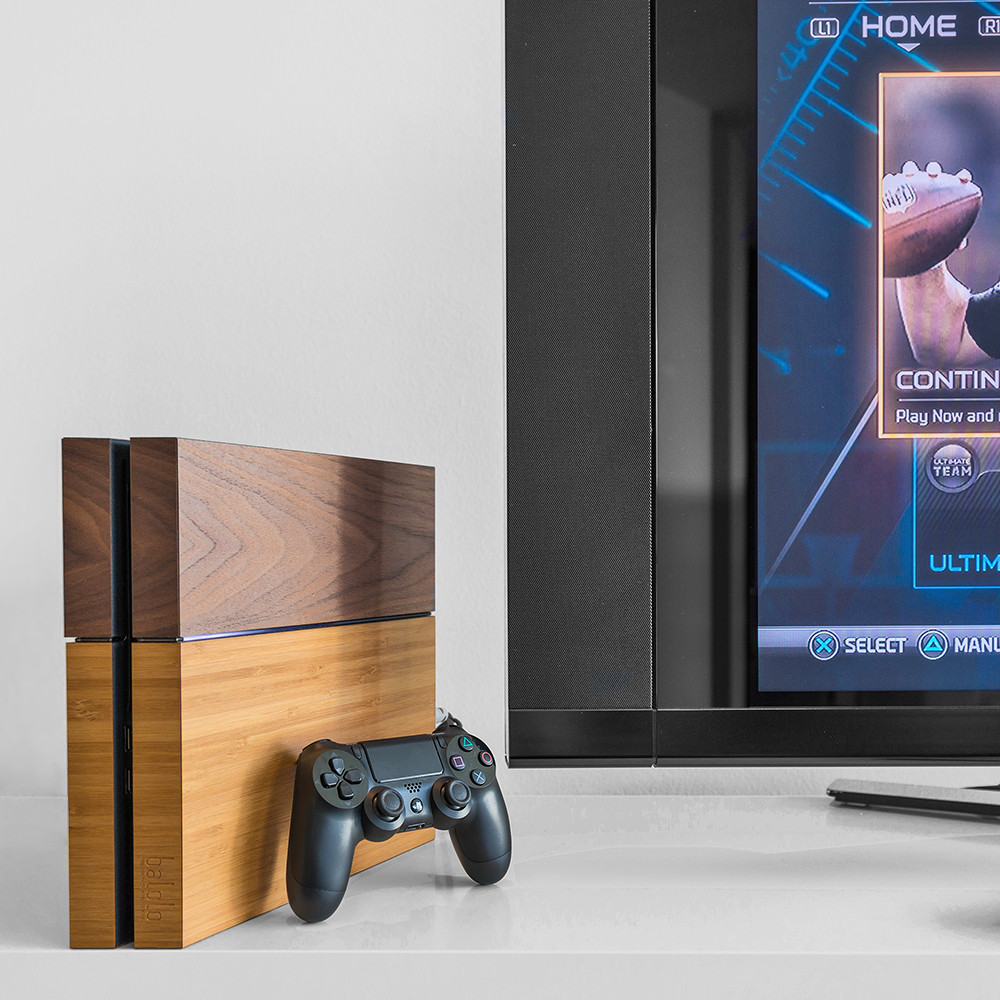 German company Balolo offers a great solution for you to make your PlayStation 4 truly unique. They provide high quality cover made from four different kind of woods: bamboo, walnut, zebra and cherry. All of them gives the feel and texture of real wood, and more importantly, they look really cool on the console. Customers have the chance to personalize parts of the system with different types (for example, bamboo wood for the HDD cover, and walnut for the rest of the case), which is also a nice thing. The cover itself costs around $200, but those who have shaky hands can buy the console itself with the cover already equipped.

If you liked those cool looking systems, please send the link to your friends. Do you know more unique PlayStation 4s which deserve attention? Tell us in the comments!