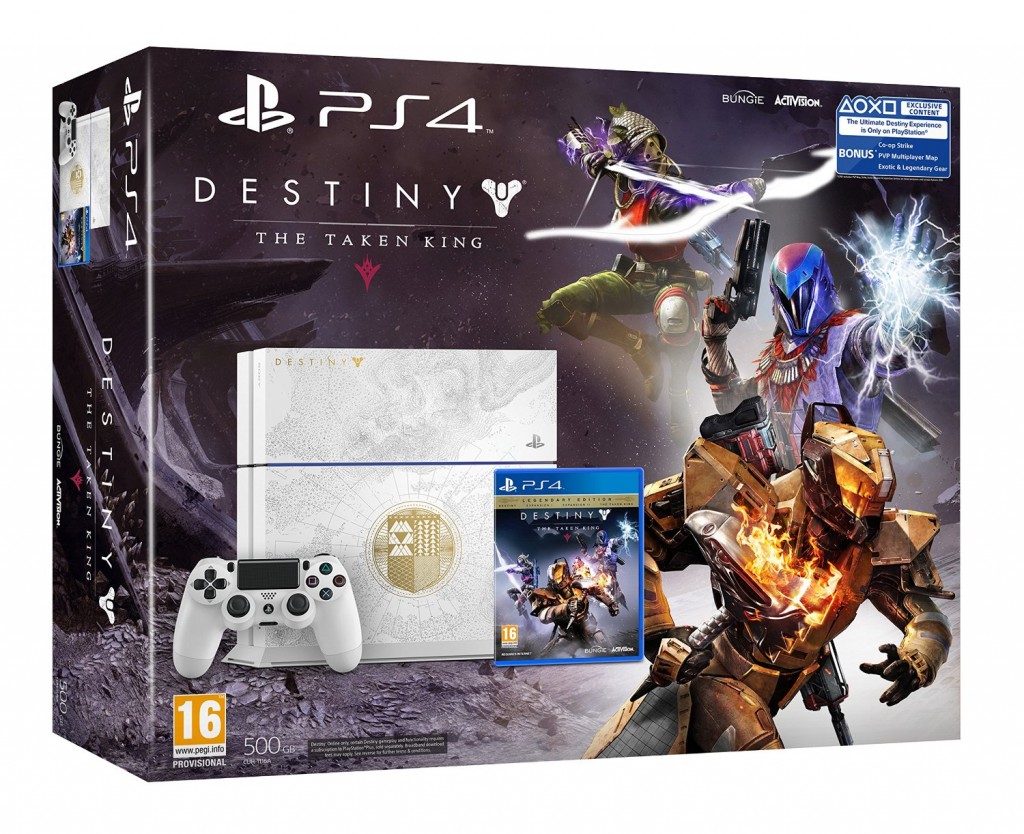 It’s a good time to be a Destiny fan. Bungie makes sure that gamers always return to the game by adding a lot of new contents, including extra gears, missions and multiplayer bonuses, but that’s not everything. To celebrate the release of Destiny: The Taken King, Activision and Bungie decided to lure in new players with the Destiny: The Taken King PlayStation 4 Bundle, which has a standard and limited version. The standard version is great for those who don’t like limited edition consoles, but the fans of limited versions are in for a treat. First of all, the limited Destiny: The Taken King PlayStation 4 bundle includes a physical copy of the upcoming expansion, as well as the upgrade to the Digital Collector’s Edition, which includes various bonuses, including three armor shaders, three exotic Guardian items with XP bonuses, three class specific emotes and also an early access weapon pack.

The most interesting thing, however, is the console with the unique painting. It’s the first thing that makes this bundle really great and unique. The limited Taken King PS4 features a themed finish: on the HDD cover you can see the Destiny logo in gold, and as you go down the console shocases the map of the cosmos in silver, and it also has a gold Guardian crest in the centre. The overall impression is really amazing. 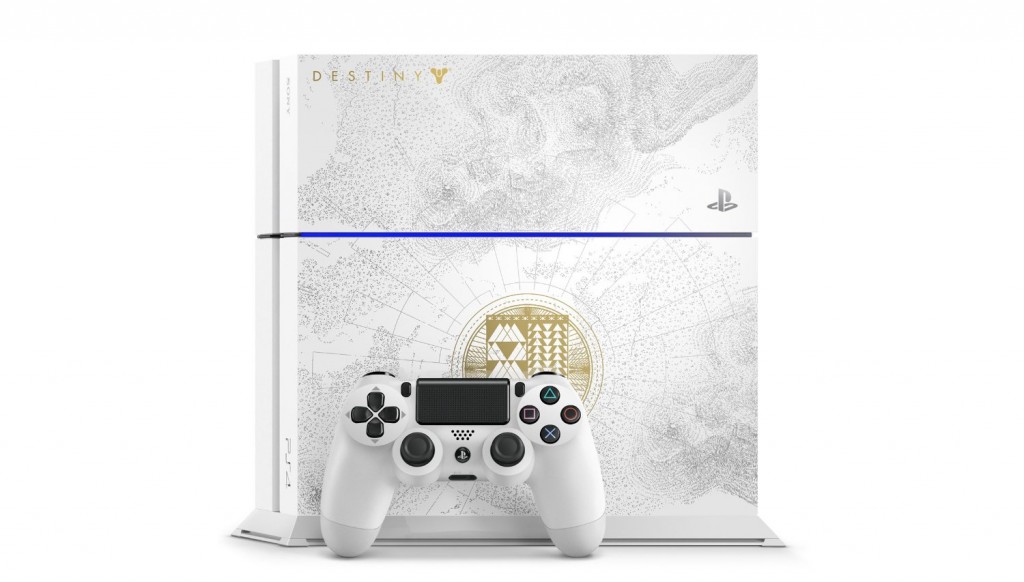 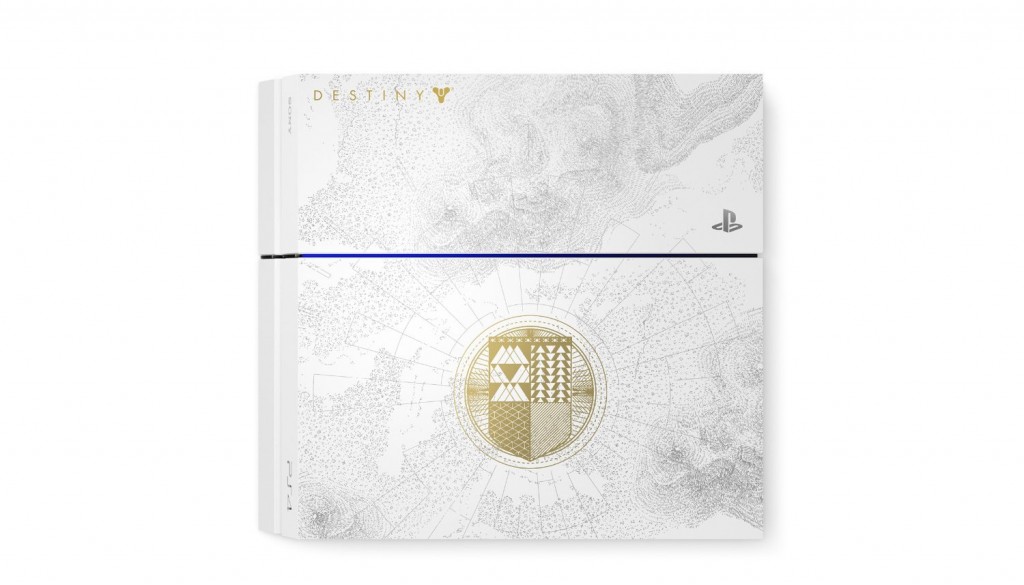 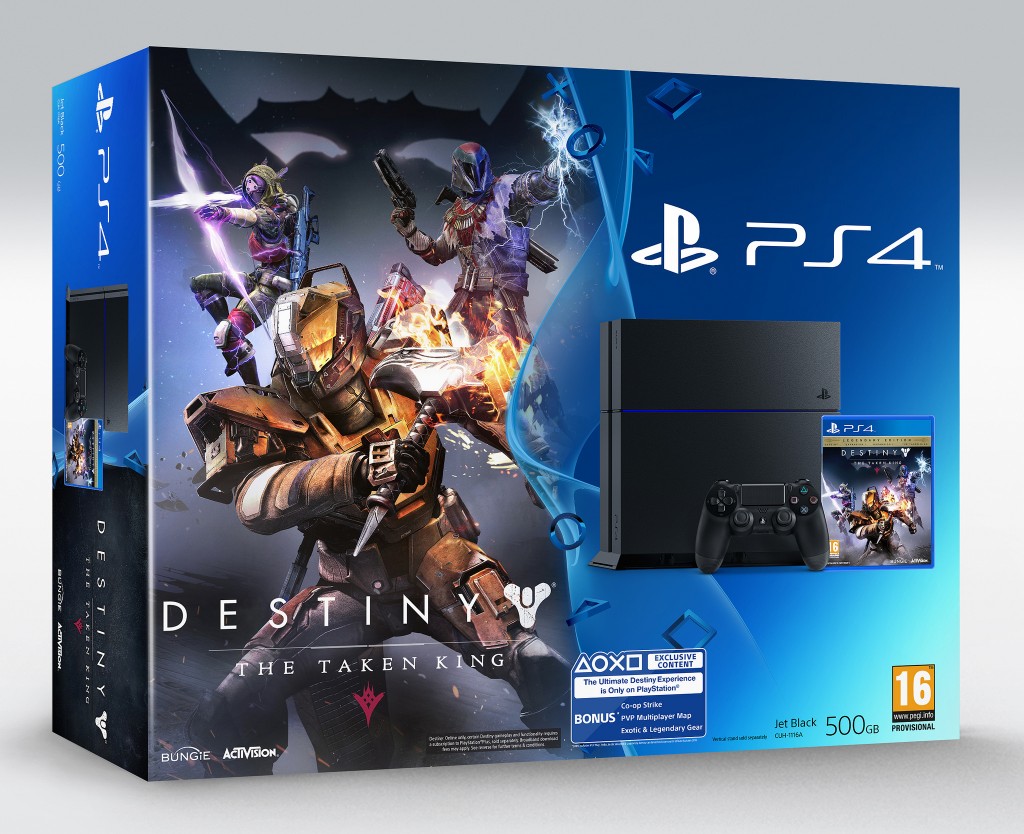 The Taken King is a huge expansion for Bungie’s latest blockbuster, Destiny. Players need to have the previous DLCs – The Dark Below and House of Wolves – in order to play it. Although the Taken King is a DLC itself, it has a digital and physical versionThe Taken King PS4 limited bundle has the physical copy of Destiny: The Taken King Legendary Edition. The plot revolves around Oryx who wants to have revenge on the Guardians for murdering his son. Leading an army called the Taken, Oryx become a huge threat for the entire Solar System, so the Vanguard decides to send the Guardians on a quest to stop Oryx and his army.

Destiny: The Taken King is a huge expansion with a lot of new contents for the fans of the franchise. Firstly, players get brand new subclases that have powerful new abilites. For example, Warlocks can use a devastating electric storm, while Hunters have a bow formed from void energy. There are a lot of new activites so you can put your new powers to the test: new Strikes awaits you with powerful bosses, you can get better gear by completing new quests, and the Raid mode also returns, so you can take on new challanges with five other Guardians. The new campaign opens the next exciting chapter of the story. Will you be able to take down Oryx and save the entire solar system? You will have to defeat the Taken hordes to find out: prepare for familiar and new enemies on your journey. The limited Taken King PS4 bundle and the game will be available on 15th September.