Alan Wake was originally released for Xbox 360, but this year the game will also be available for PC. As Nordic Games announced, besides the digital version, which will be launched for Steam on 16th February (later for Origin), you can get your hands on two different retail releases, the Standard and Collector’s Edition.

UPDATE: WE have received an image of the contents. 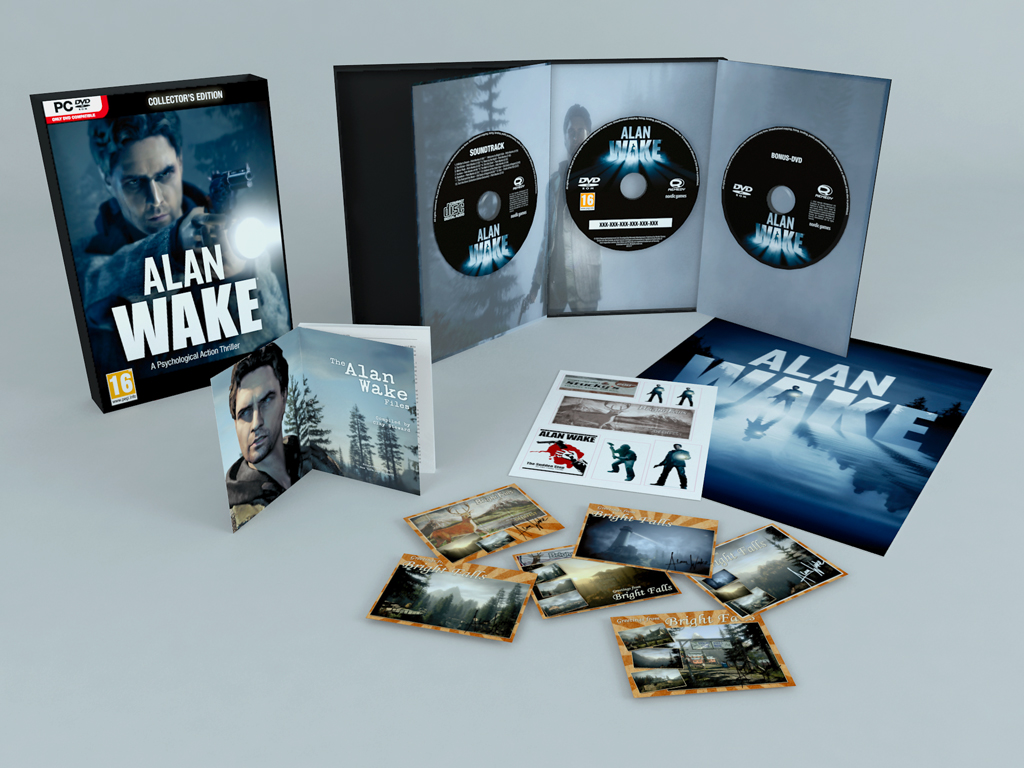